Coming off their recent loss at the AmericInn Runnin’ Bulldog Classic, the NCCU Lady Eagles volleyball team hosted a losing rematch against Gardner-Webb University in their first home-opener on Sept. 12.

The series showed promise for the new faces of the team despite the 3-1 loss: freshmen Da’Nesha Miller and Christine Alcox led the attack for the Eagles with 11 kills and nine kills and 19 digs.

Senior setter Paige Phillips, who led the team with 34 assists, said that she is happy for the freshmen that are “stepping up to be leaders and improving every game.”

“As a senior, I’m just focus on improving our own play and being a leader to the freshmen that we have currently,” Phillips said. “I believe that in this season we have the potential to go far.”

Junior libero Bree Simmons was also key in the rallies with a match-high 25 digs.

“One of my teammates told me be spontaneous,” Simmons said of her mindset going into the match. “This season I feel we have been progressing overall. I’m excited for our future games.”

Lady Eagles Volleyball travels for a 4 p.m. non-conference showdown against the East Carolina University Pirates in Greenville on Tuesday, Sept. 19.

N.C. Central University volleyball head coach Jody Brown and some of the players expressed their concerns

From womb-mates to teammates, twin volleyball sophomores Natasha and Nahir Berrios Laguerre are looking to continue

Darryl Bazemore is a mass communication senior studying in the broadcast concentration. Sports Editor for Campus Echo. After graduation, he plans to become a sports broadcaster with ESPN. 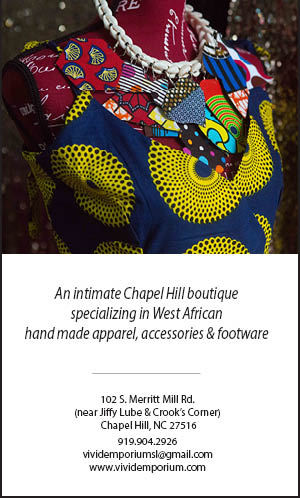