The Eagles came out to a slow start against the Aggies as they were down early to a 9-0 deficit.

In the second half the Eagles led the Aggies for the first 14 minutes until the Aggies tied the game up with 5:24 left in the regulation period.

The Eagles forced an overtime with a defensive stand that led to the Aggies shooting an air ball at the end of regulation. After senior Dante Holmes was fouled out in the game, the Aggies did not trail the Eagles in any part of the overtime game.

With the final score of 67-63 in overtime the Eagles found themselves in a scare as they are tied 4th to last in the Mid-Eastern Athletic Conference men’s basketball standings.

Dante Holmes led the Eagles with 22 points and Kyle Benton led the team with a career-high 13 rebounds and nine points in the game.

“It was a classic Central and A&T game,” head coach Levelle Moton said. “We fell short, too many self-inflicted wounds. It’s still repetitive, it’s still redundant but we have trouble finishing.”

NC Central has lost two home games by a buzzer beater and one overtime loss this season which is uncommon considering NCCU having one of the top 5 home streaks in basketball for the start of the season.

“I told our guys once we are in that situation you have to close it out with solid, fundamental basketball,” Moton said. “We just have to go back to work, there is no pity party and no one is going to feel sorry for us, we just have to get better.”

“I think it’s just the little things,” Kyle Benton said in postgame interview. “We got to be more focused and in tune and stop getting so into the crowd, and when we make a big play we have to stay focused on the game.”

“As long as we have games and as long as we have practices we will improve and we will continue to fight to do that,” Moton added in postgame interview. “It’s all preparation, they have to come with the mental focus to bring it every single day.”

This was the first defeat against North Carolina A&T in three years.

The Eagles play their next conference game at home on Saturday, Feb. 13 against Bethune-Cookman University.

On Oct. 24 the Eagles defeated Morgan State University in O'Kelly-Riddick Stadium for a MEAC showdown.

Lyndon Bass is a mass communications/journalism junior from Raleigh. He is working to become a sports journalist. 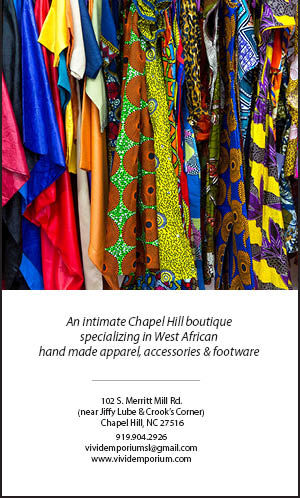 As the university takes safety precautions against the Coronavirus-19 pandemic, N.C. Central's
N.C. Central University Chancellor Johnson O. Akinleye informed the NCCU community Wednesday
McDougald-McLendon Arena was rocking as the N.C Central Eagles handled business against
Family and members of the Eagle Community gathered together Tuesday evening for
As the class of 2020 prepares to take the stage in May,
Go to Top