At its first real recordings in the 1940s, the genre of rhythm & blues music was reserved for the voices of men, but as the music industry evolved, women wanted to immerse themselves within the genre and make their mark.

From the sultry sounds of Anita Baker to the melodious vocal range of Whitney Houston, R&B music sung by women has the power to uplift one’s spirits or to send them into a state of self-reflection.

Rhythm & blues music is in need of a major revamp, but thankfully, there’s a new generation of artists that are eager to create music that can emulate 20th-century artists and appeal to the younger fans of today. Here are some of the women that are the future of R&B, whether mainstream media knows it or not.

From her revolutionary song lyrics to her signature black and white ensembles, Atlantic Records artist Janelle Monae, has become a pivotal figure in the new wave of R&B music.

Monae’s 2010 debut studio album “The ArchAndroid” introduced a version of R&B that was like none other before it.

Her most recent album, “Dirty Computer” (2018), pushed cultural and political boundaries. Some of the main themes of the album include LBGT+ rights, political freedom and women’s rights.

In Monae’s short film— or as she calls it, an “emotion picture”—for “Dirty Computer,” she was able to combine avant-garde fashion, fierce choreography and a dramatic story-line in which she challenges the patriarchy and combat racial injustices.

Janelle Monae is a figure of activism and inclusion, embodying everything that is needed in the music industry and society as a whole. 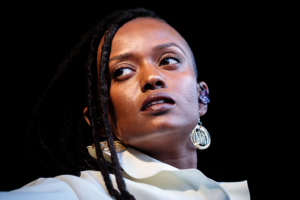 Kelela Mizanekristos, also known as Kelela, is a musical force to be reckoned with. With her fusion of electronic beats and R&B elements, she was able to create a genre all her own.

Her 2017 studio album, “Take Me Apart,” truly personified the soul-touching and emotionally-provoking nature of true R&B.

Even though Kelela’s musical talents are not as recognized in the mainstream media as they could be, she is still leaving her imprint on the music industry with her unique sound. 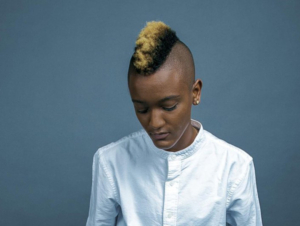 From her raw soulful voice to her nontraditional style, musical artist, Syd definitely defies all of the labels that the music industry places on women.

Syd, also the lead singer of neo-soul band The Internet, ventured off to record her debut solo album “Fin,” in 2017. “Fin” gave her the perfect opportunity to showcase her range as an artist and to express her emotions in a relatable way.

As a result of connecting to underrepresented communities and having such a diverse song range,  Syd was able to branch off into mainstream music and create a non-Internet name of her own. 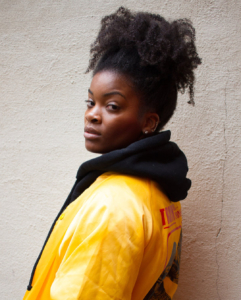 Dreamville Records artist Ari Lennox, is no stranger to the music industry. In 2016, Lennox released her debut EP entitled “Pho.”  “Pho” not only embodied the new wave of rhytym & blues, but put Lennox’s own spin on showing how versatile artists can be within their craft.

With her hit songs “Whipped Cream” and “Shea Butter Baby” (the latter being featured in the latest installment of the “Rocky” movie franchise, “Creed II”), Lennox’s fame is quickly growing as a mainstream artist. 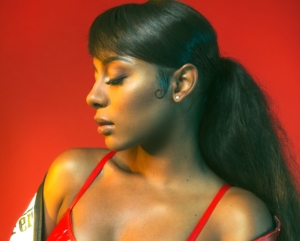 This California-raised singer truly understands the importance of being multifaceted in today’s music industry. As not only a singer and dancer but also an acclaimed songwriter, Victoria Monet is definitely an artist to keep up with.

Monet has written hits for artists like T.I., Ariana Grande, Chris Brown, Nas, and many more.

In this new age of social media, many unknown hip-hop and pop music artists have rocketed

On March 1, Solange Knowles, who gave the world whimsical hits such as “Cranes in the

Fashion guru and designer Dapper Dan explained to an N.C. Central University
From runways to routines, there is a lot that goes into being
At the heart of Historic Black Wall Street in downtown Durham resides
Social justice leader Tamika Mallory shared with N.C. Central University faculty, staff,
Students, faculty and staff, and members of the public were dressed in
Go to Top