KANGAROO ISLAND, AUSTRALIA — Sam Mitchell balanced himself on a eucalyptus branch 30 feet above the ground as his meaty right fist clutched a koala, which wailed like a pig with breathing problems.

The dark gray marsupial batted its 3-inch black claws in the air helplessly, and minutes later Mitchell crawled down. He and the animal were safely on the ground.

Across much of Australia, volunteers and professionals are fighting to contain widespread blazes, with many also taking risks to save wildlife being killed by the millions.

Kangaroo Island, a popular tourist destination and wildlife park off Australia’s southeast coast, has been home to some of the worst damage to the nation’s biodiversity.

Fires have overrun nearly half of the 1,700-square mile island, and rescuers including Mitchell have been going tree to tree, trying to save what they can.

“There’s not much that isn’t threatening koalas at the moment,” said Mitchell, who has owned and run the Kangaroo Island Wildlife Park the last seven years.

In terms of human fatalities, Australia’s blazes this year have been less severe than some previous bush fires, with roughly 27 people killed this season compared with 75 during the nation’s 1983 “Ash Wednesday” inferno. But the impact on wildlife this year has been far more devastating.

Scientists estimate that, so far in Australia, fires have killed from hundreds of millions to more than 1 billion native animals.

Most Australian landscapes are in tune with small-scale summer fires, but not the fires of the proportion and intensity that we are observing now,” said Katja Hogendoorn, a professor at the University of Adelaide’s school of agriculture, food and wine.

“These incomprehensibly large and devastating fires are caused by a combination of lower rainfall and higher temperatures, both consequences of climate change, and here to stay and worsen, unless drastic action is undertaken worldwide,” she added. “As the driest and hottest continent, Australia is at the forefront of this environmental disaster.”

Accurate numbers on animal losses are hard to come by as the disaster continues to unfold, with some fire officials saying blazes will continue to burn into March. But already the damage to natural heritage has become clear.

The endangered Kangaroo Island dunnart, a mouselike marsupial, relies on low-lying vegetation for protection from birds. That largely is gone, as is most of the home of the glossy black cockatoo.

Much of the landscape is black and smoldering.

“We’re not sure if they’ll be able to come back. It might be the breaking point for them,” said Michaela Haska, the wildlife park’s head keeper, speaking of the splashy colored cockatoos.

Males are blackish brown, with red tail bands; females are dark brownish with some yellow spotting.

On Kangaroo Island, Mitchell’s 50-acre property is surrounded by burn scars but was miraculously untouched by the blazes, and skies that had been choked for days with smoke were clear on Monday.

For weeks, the wildlife park has become a refuge for animals rescued by volunteers and passers-by. The carcasses of animals litter the shoulders of the roads that run across the island’s rugged landscape.

Most are dead, and others are in such bad shape they uncharacteristically move toward humans, either unable to see or starved and disoriented.

At the park, there’s a pop-up tent where crews tend to medical equipment including IV drip bags, bandages, gauze and saucers filled with iodine.

Nearby are laundry baskets where koalas are nestled, their burned paws wrapped and bandaged. Three weeks ago, the scene at the park Mitchell and his wife, Dana, own was much different.

Their low-slung ranch-style home had a small setup of cages and pens in the back for about 20 koalas and other animals, which was enough to treat an irregular stream of ailing wildlife while they could continue to operate their park, cafe and other attractions for tourists.

But then the fires came.

Within five days, it consumed about a third of the island and, according to Mitchell, about 80% of the koala’s island habitat.

The fire has destroyed 65 homes here, some of them during a single night last week when winds carried embers over firefighters and overwhelmed their defenses.

A father and son trapped in their car were killed along a main highway and laid to rest this week.

Firefighters on other fronts that night had to make difficult choices of which homes to save and which to abandon.

“It makes it hard, because you got locals there that want you to help them but realistically, in the end, my crews lives are in danger and I’ve got to protect them from something that we might not come out of,” said Gary Jenkins, a volunteer firefighter who battled the flames. “It was probably one of the worst things I have been through.”

Some are calling the Australia fires an animal apocalypse, a preview of what could happen in California as fires intensify and burn hotter, as they are expected to do under many climate change scenarios.

That prospect concerns many fire ecologists, who long preached that California and other Western states have a long fire history, with flora and fauna adapted to survive and even thrive after seasonal fires.

“We have a saying that pyro-diversity begets eco-diversity,” said Dominick DellaSala, chief scientist with the Ashland, Ore.-based Geos Institute, who has studied forest fire ecology extensively in the western United States.

But the recent super-hot fires in California, and the widespread wildlife deaths in Australia, have some scientists questioning if these unnaturally intense blazes pose a threat to the conventional wisdom, at least in Australia.

Derek Lee, principal scientist with the Wild Nature Institute and a researcher at Penn State University, said he is skeptical of the “1 billion” animals killed in the fires, but he acknowledges that something in Australia is out of whack.

Others say there is a long history of wildlife dying in fires in California, but the impact has gotten little attention until now.

Robert Fisher, a California-based supervisory scientist for the U.S. Geological Survey, said that wildlife often die in big blazes, but those losses are overshadowed, or not reported, because of the threat to the human population.

In the 2009 Station fire in Los Angeles, he said, “I saw thousands, if not hundreds of thousands of dead animals … deer, fish, turtles.”

Fisher couldn’t explain why there’s been so little focus on the animal carnage in American fires.

He speculated the cause has something to do with the past loss of iconic creatures in the United States, which no longer has the equivalent of koalas, emus and kangaroos.

“We already wiped out the buffalo and grizzlies. Can you imagine if thousands of grizzlies were burned? People would be going crazy,” he said.

Venice is "on its knees," in the wake of the second-worst flooding of modern times, its

College students, beware: You could temporarily lose your spot on campus or worse, get expelled for 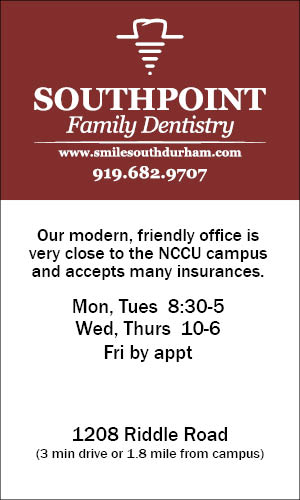